US Bribes the Zionist Entity to just Delay
the Full colonization of what is Left of Palestine
By: Adib S. Kawar
Over and above the multibillion dollar annual military and economical grants by the United States of America to what it considers its closest and most reliable ally not only  in the Middle East but in the world, while at the same time this so-called ally spies on it, thus it is not strange to have the so ignorant and too biased Republican U.S. Representative, Louie Gohmert, from Texas,  a sample of the people who direct US foreign policy, to say on 18 Nov. 2010: “The only good news I see out of that is that for so long, I've been greatly concerned with the hypocrisy of this administration telling Israel, ‘Just let Palestinians build illegal settlements and take over areas that are not theirs. Just let'em take over.’ And I thought, ‘How hypocritical for our U.S. administration to tell Israel, 'just let people take over areas of your country they're not authorized to takeover,' cause we would never allow that here in the U.S." Which brings meto the only good thing about violent illegal alien drug smugglers taking over American soil: At least we're not hypocritical anymore when we tell Israel just to let people take over land that's not theirs. Because now this administration can say, ‘Look, Israel, we're doing it here. We're letting people take over American soil that they shouldn't. So you can do it, too.’" (!!!)
Then Palestinians are the illegal of Palestine colonizing the Ashkenazi Zionist homeland!!! 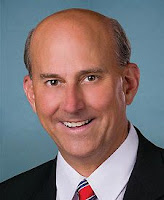 A very clever guy… isn’t he!
It is not strange to utter such nonsense!!!
Member of the U.S. House of Representatives
from Texas's 1st district YouTube - Rep. Gohmert Doesn't Like "Illegal Palestinian Settlements"
- 1 min - 15 Nov 2010
Rep. Gohmert Doesn't Like "Illegal Palestinian Settlements" .... Added to queue Rep. Louie Gohmert Goes Berserk On Anderson Coo...by ...www.youtube.com/watch?v=8ls2R3NsvCw - more videos »
There is no need for anybody to volunteer to tell this ignorant U.S. House of Representatives member from Texas's 1st district  “Yet the settlements in question regarding the peace process in the Middle East are Israeli settlements; Palestinians do not have "settlements" with the potential exception of Palestinian refugee camps. Gohmert was criticized for these comments by a media watchdog group [10]”


The Zionist entity got mad about the relatively small Russian weapons gift to be granted to the Lebanese army and is trying to interfere with the Russian Union to stop the gift; “Israel officially requested the Russian Union to think over the offer that Moscow gave to the Lebanese government to arm its small army, claiming that the following quantities of arms and weapons that will include six Mi-24 attack helicopters, 31 T-72 tanks, 36 130-millimeter artillery pieces and 500,000 shells to be used by existing Lebanese artillery may slip into the hands of Hezbollah, most of which could be wiped out in one sortie of one of the additional 20 F-35 fighter jets to be handed to the Zionist entity free of charge by the United States worth $3bn. The additional 20 F-35 fighter jets that are a part of the U.S. bribe to the Zionist entity  are to be accompanied with what Washington has reportedly said will strengthen its commitment to oppose UN resolutions critical of Israel, and offer defense and security guarantees, which means that the rogue state of “Israel” can free handed complete the colonization of Palestine, and thus any complaints in the UNSC will be vetoed by the US as part of the American bribe to its closest and dearest ally. 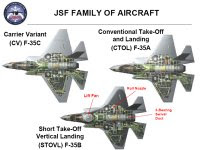 “Israel” has occupied the West Bank, including East Jerusalem, since 1967, settling close to 500,000 Jews in more than 100 settlements. They are considered illegal under international law, although Israel disputes this.
'Not final'
There are about 2.5 million Palestinians living in the West Bank.
See YouTube - F-35 Lightning II Engine Test Military Fighter Jet       *See attachment
Israel Offered More F-35 Fighter Jets at Pentagon Meeting ...
17 Nov 2010 ... The US has offered Israel additional F-35 fighter jets, Israel's military chief of staff, Lieutenant General Gabi Ashkenazi , said today.www.bloomberg.com/.../israel-offered-more-f-35-fighter-jets-at-pentagon- meeting-ashkenazi-says.html - Cached
Russia announced in 2007 that it plans to replace all of its 250 Mi-24s with Mi-28s, and the helicopters it will be giving to Lebanon will likely be those helicopters manufactured in the 1980s, that are unlike the American F-35 fighter jets, which are still to be manufactured and granted to the Zionist entity free of charge (They are to be paid for by the Pentagon), most probably, before being put in use by the U.S. Air Force.

While on the subject it is important to bring to the attention of the reader that the presence of the Zionist entity in the heart of the Arab homeland cost the United States $3 Trillion. For details please read:

The Costs to American Taxpayers of the Israeli-Palestinian ...By Thomas R. Stauffer, Ph.D.
Washington Report on Middle East Affairs “Israel-Palestinian Conflict costs US taxpayers: $3 Trillion June 2003
“Conflicts in the Middle East have been very costly to the U.S., as well as to the rest of the world. An estimate of the total cost to the U.S. alone of instability and conflict in the region – which emanates from the core, Israeli-Palestinian conflict – amounts to close to $3 trillion, measured in 2002 dollars. This is an amount almost four times greater than the cost of the Vietnam war, also reckoned in 2002 dollars.”
The Russian announcement came shortly after the U.S. House Committee on Foreign Affairs lifted its ban last Friday on giving $100 million in military assistance to the Lebanese army. But another hearing on the issue is expected in January, and Republicans, who will be taking control of Congress, typically oppose military aid to Arabs, because the Zionist entity will never agree to approve that, because they fear not only it will end up in the hands of Hezbollah, but just as the U.S. administration, the Congress and of course the Zionist lobby want that “Israel” should be militarily superior to all Arab states combined, which the two allies had always been adamant to keep the balance of power between the two parties as such, and because “Israel” and international Zionism control American policy makers as Ariel Sharon once told Shimon Peres “Don’t worry we control America”.

"Every time we do something you tell me America will do this and will do that . . . I want to tell you something very clear: Don't worry about American pressure on Israel. We, the Jewish people, control America, and the Americans know it." - Israeli Prime Minister, Ariel Sharon, October 3, 2001, to Shimon Peres, as reported on Kol Yisrael radio.(recorded)
During Netanyahu’s meeting with the Russian deputy prime minister, Victor Zicove, he told him how Russian weapons that were supplied to Syria reached Hezbollah, especially antitank rockets, and were used against the “Israeli army” during its July 2006 assault on Lebanon. Netanyahu, who thinks that this is a war crime and a crime against humanity to resist Zionist trial of expending and confiscating more and more Arab lands, seems to forget that both Lebanon and Syria are Arab and the Zionist entity is their common enemy that occupies Arab Palestine, proceeding with ethnic cleansing its Arab people and it did the same with Syrian and Lebanese Arabs besides massacring many of all of them. The Zionist enemy had always opposed arming the Lebanese army and could succeed through the pressure of its lobby in America and its American stooges that are all over the different branches of the American administration and the legislative body.

To preserve its superiority in the balance of power against it Arab enemies Barak Ravid wrote in his article dated 27.8.2010: “Israel working to thwart Russia arms deal with Syria” Haaretz

But what is wrong with Hezbollah except being the first Arab power that ever really defeated the undefeatable “Israeli” Defense (occupation) Forces? Hezbollah is not as claimed by the Zionist entity and its allies “a terrorist organization”, it is both represented in the Lebanese parliament and council of minister. It is  getting armed and trained to defend the Lebanese Arab soil against Zionist wars, occupation, racism, ethnic cleansing every land it occupies and Zionist terror, which never stopped since over a century and a quarter. It occupies all historic Palestine, parts of Syria (The Golan Heights) and parts of South Lebanon till it was kicked out of most of it by the party’s resistance in cooperation with the Lebanese official forces and the majority of the patriotic Lebanese people’s support. The Zionist entity is an integral part of western imperialism and its long arm in the Arab homeland doesn’t mean it should and could not be resisted by national Arab resistance that Hezbollah is its spearhead.

Military experts are well aware what weapons could and could not be efficiently utilized by Hezbollah, being an underground resistance fighting force, and it knows well out of experience that the Lebanese Army had always been its depth and it defends its back from its internal and external enemies; so Benjamin Netanyahu should feel at ease about this matter as there are other uses for these arms and weapons other than ending with Hezbollah. The Lebanese Army is trained and oriented to serve patriot causes the most important of which is to support and be supported by the resistance, but the Zionist enemy can never forget the hard blows it receive on the hands of Arab resistance the most important body of which is Hezbollah and Palestinian resistance…

The United states had been bribing this rogue pariah state of Zionist “Israel” to just stop colonizing the bits and pieces the Palestinian land on which the Palestinian independent free of occupation state is supposed to be established, just for 90 days that is three month, please see in the map below where could such a sovereign and independent state is to be established?!:

But though the Zionist state is aware that its “settlers” will not stop building and expending their colonies knowing well they have the blessing of their equally racist government that pretends to look to the other side, to grab the F 35s and support in the UNSC and use its vetoes as it had always been doing supported by Micronesia and Marshal Ialands!!!

According to diplomats, the US has said it will not ask Israel to extend the new freeze when it expires, provide 20 F-35 fighter jets worth $3bn, veto or oppose any initiatives at the UN Security Council critical of Israel, and sign a comprehensive security agreement with Israel at the same time as any peace deal is finalized!
﻿﻿﻿
﻿﻿
مرسلة بواسطة Adib S. Kawarأديب قعوار في 2:00 ص