The Republic of Jews: A Historical reality, which “Israel” Tries to Hide and a Just Solution for which a British Lady is Promoting

The Republic of Jews: A Historical reality, which “Israel” Tries to Hide and a Just Solution for which a British Lady is Promoting 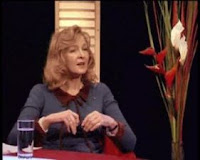 Rotating scenarios about the final solution of the Palestinian cause, regarding the “two state solution”, “the one state solution” or even an almost impossible one, about which those who enjoy the luxury of dreams in a difficult state of affairs represented in the return of Israelis to their places of birth in Europe or other countries of the world.

But the British lady Michelle Renouf, who bears the honorary title of “Lady” believes that there is a solution that doesn’t enjoy the required attention, and is represented in the return of Jews to their first homeland: The Republic of Jews in south east Russia, which is unknown by the vast majority of the peoples off the world, because “Israel” naturally shall not be happy about that.

Lady Renouf says that this republic represents the first homeland for the Jews in the world, and kept to be so till the idea of settling Jews in Palestine appeared, and Zionists succeeded in establishing it; they gave up the idea of the first republic of the Jews established in a peaceful manner without raping a land belonging to its indigenous population.

1.  Lady Renouf defend the idea of the return of Jews to their first homeland using amazing historical pretexts and proofs for those who hear of them for the first time. and she established for this cause an organization promoting this solution with strength, bearing the name of “Republic of Jews”. Lady Renouf doesn’t leave an opportunity without trying to promote the idea that Zionists tried to keep it publicly in reticence. She gave many speeches and interpositions about this solution in numerous gatherings one of which was in the British parliament and another in Iran, which was attended by the Iranian president Mahmoud Ahmadinejad  and thousands of his guests within the activities of the second international festival about Imam Al-Khomeini, and international relations in June 2010.

2.   A Jewish publication commented on  Lady Renouf’s speech in Iran and calling for adopting the solution of the return of Jews to the Republic of Jews saying: If Ahmadinejad adopts the idea we know when did Ahmadinejad hear about it for the first time.

In brief the solution as Lady Renouf sees it is represented in the safe return of Jews in occupied Palestine to the Republic of Jews whose name is Olbyrg, which is known by its capital’s name Birobidzhan, where they can live in peace, safety, without enmity to their Semitism, enjoy their Jewish culture that is prevailing there and speak their Yiddish language (European Jews’ language) as they like, and leave Palestine’s land to its indigenous people. Lady Renouf confirms that the prevailing culture in Birobidzhan whose area is equal to that of Switzerland that allows with this just solution to end the Palestinian’s tragedy displaced and scattered in the four quarters of the world, and where the density of the population 14 people per square mile, against 945/ square mile in occupied Palestine (The Zionist entity), and 1728 people in the Palestinian lands.

While Lady Renouf confirms that Birobidzhan was established in 1928 with the support of American Jews themselves represented by and organization among whose members was the well known physicist scientist and writer Einstein and the American Jewish writer, Goldberg, Wikipedia mentions that the republic was established in 1934 and contains a Jewish community, but not all of its inhabitants are Jews, while a speaker on behalf of the Zionist prime minister argued during a TV program Lady Renouf’s idea that this republic is one of the symbols of the Stalinist era that was branded with Anti Semitism.

Lady Renouf rejects these claims and confirms that Stalin wanted to give to every Soviet ethnicity a republic of its own, which was a special gesture for Jews as thus the accusations of anti-Semitism doesn’t apply in this case. The republic forms a safe refuge for Jews coming from outside the Soviet Union who were not welcomed by Russian citizens. It was possible that immigration could have continued had it not been for the creation of Zionism, and the idea of confiscating the land of Palestinians.

Lady Renouf considers that Jews lied when they claimed during WW II that they are in bad need of the land of Palestine as a homeland for them, and there was no need to displace Palestinians and confiscate their lands. The option of moving to that republic was open, but they refused and preferred Palestine, because they wanted to control Jerusalem. 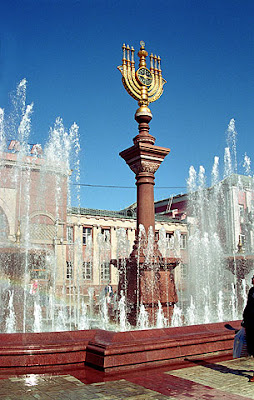 She censures the firm hushing on the truth of the first homeland of the Jews in south east Russia, and the insistence on that it is simply a district, asking with condemnation: “Which is that district that is equal in area to Switzerland!?!, and adds, the truth is that in spite of the dismantling of the Soviet Union  each ethnicity became qualified for claiming its own republic to live in with the Birobidzhan Jewish autonomous district, Russia, which used to cause a sensitivity for “Israel” and stirs its obsessions with the idea, fearing the possibility of the raising of international conscience of its existence as the first homeland for the Jews.
Lady Renouf said: The Few who know anything about this fact, and the fewer who had the opportunity to hear and know the truth don’t easily believe me, but I am ready to sacrifice what is left of my life to drive the world to work on solving the problem and end the struggle on the bases of this fact.
Renouf, who is described in the Zionist media as a holocaust denier, added: “The 191 member states in the United Nations can chose and support this solution without fearing of being accused of anti-Semitism, because the Jewish inhabitants of the republic are living in peace and security and without anti-Semitism.”

An American paper wrote that Turkey and Russia are planning to work on solving the Middle East problem and the Palestinian cause on the basis of a fact that there is a legitimate secular Jewish state that was established in 1928 in Russian Birobidzhan on the basis of  “Soviet secular nationalism”.

1.    Leftist “CounterPunch” paper said in October 2010 that the Russian President Dmitry Medvedev announced during an unprecedented visit lately to Birobidzhan that Russia supports the idea of establishing a homeland for the Jews in Russian Birobidzhan.

1.    The paper added in an analysis written by Journalist and author Eric Walberg that Medvedev and his Turkish counterpart Abdullah Gul are currently working on the formation of a coalition of Arab countries and Iran aimed at resolving the Palestinian cause, especially that Russia has the key for a settlement in the Middle East for that state.

Walberg pointed out that there is nothing that prevents Russian Jews who migrated to “Israel” from returning to Birobidzhan especially that one third of them are excluded on the basis that they are not fully original Jews, and could possibly form a big problem for a state that was established on the basis of only ethnic purity.