Is Shimon Peres Celebrating the End of Arab Dictatorships or Lamenting them?!

Is Shimon Peres Celebrating the End of Arab Dictatorships
or Lamenting them?!


This exceptional Zionist interest in what is taking  place in the Arab homeland especially in Egypt is not surprising and requires to be concentrated on. The Zionist entity and the United States were always the first to show their interest in expressing their great care in the continuity of the ousted Hosni Mubarak and other similar Arab dictatorial regimes. They are called by the imperialist west as moderate Arab regimes simply because revolutionary Arabs oppose their colonialism.

Such interest reflects without doubt what was repeated by “Israeli” Zionist circles, that Mubarak’s regime is “Israel’s treasure”, and on the other hand reflects another Zionist claim that the “peace treaty with Egypt” namely the “Camp David treaties” are the most important occurrence in the history of “Israel” since the day it was illegally planted in the land of occupied Palestine. Shimon Peres* who arrived in Palestine as per the Wikipedia free encyclopedia from Poland (or from White Russia as per the present international borders), whose name at the time of his birth in his motherland was Szymon Perski, to become the president of the Zionist entity. According to the Zionist president, Shimon Peres, or actually Szymon Perski, Arab Intifadahs… revolutions, which broke out in the “Middle East” shows the end of the “Arab dictatorial regimes”. Is he trying to tell us with joy the good news out of love for democracy and the liberty of the peoples of the world, or is he announcing to the world the black future of the Zionist entity due to the end of Arab dictatorial regimes?

Peres told the Israel Broadcasting Authority on 8/2/2011 “It is clear now that it is no more possible for any dictator to feel at ease in the Middle East. They are leaving “Facebook”. Does Peres mean that the Zionist entity, that he is its president at the moment, shall continue to exist or their disappearance shall take his Zionist entity along with them.

Doesn’t Peres, that old fox, recognize that his old age proscribed him of the beneficiation of awareness that the continuity of those Arab dictators on the heads of their regimes, and domination of Arab citizens throughout the Arab homeland, is nothing but the result of the presence of the Zionist entity and its American protectors in the heart of the Arab homeland, of course along with those conspiring tyrants with it, their prime enemy. On the other hand he should realize, though late, that Arab youth woke up, the new Arab generation, in one Arab state after another they are kicking out their dictators, which shall certainly lead to the end of the Zionist invaders.

The joke is that the Polish born former “Szymon Perski”, as per the communiqué of the “Israeli” presidency announced regarding his visit to Spain starting Monday Feb. 21st  on the occasion of the 25th anniversary of the establishment of diplomatic relations between “Israel” and Spain, that the “Israeli president shall discuss with his host the disastrous happenings in the Middle East, the Iranian nuclear threat and its trials to strengthen terrorist organizations such as Hezbollah or Hamas and controlling the Middle East”.
Peres/Perski in his schedule of discussion with his host shall feed him with a fat meal of lies:

1st. “The disastrous happening in the Middle East”, of course disastrous for his Zionist entity, disastrous because the over throwing of Arab tyrants/dictators, shall introduce democracy in the Arab homeland, and thus the Arab people shall be free to decide on the future, fate and how to deal with their friends and enemies especially the Zionist enemy, and its protectors and allies, and not leave this decision to those dictators who allied themselves with the Arab people’s arch enemy.

Estimates for Israel's nuclear weapons stockpile range from 70 to 400 warheads. The actual number is probably closer to the lower estimate. Additional weapons could probably be built from inventories of fissile materials. 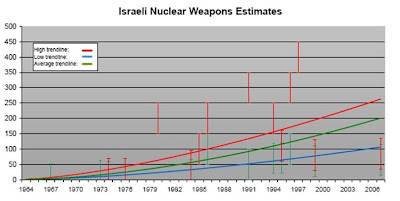 2nd. The Iranian nuclear threat!!! For the information of our dear readers, Peres is the father and mother of the Zionist nuclear project, which did not end yet, as per www.fas.org/nuke/guide/israel/nuke/ - Cached - Similar “Estimates for Israel's nuclear weapons stockpile range from 70 to 400 warheads. The actual number is probably closer to the lower estimate. Additional weapons could probably be built from inventories of fissile materials.” (The fourth to sixth biggest A bomb arsenal in the world) with their delivery means that include American made atomic airplane bombers, German nuclear submarine, and God knows what sort of guns for strategic A bombs that form the biggest threat to all the Arab nation and its allies. Of  course, as per the Zionist enemy, they, Zionists, should have a monopoly of all interests besides all forms and kinds of high tech war machine, WMD, of course including the atomic bomb, and if Iran or an Arab state tries even to develop atomic energy for peaceful purposes, not to speak for defensive military purpose this state will be classified as a rogue and terrorist state, thus should be put under siege of all kinds, and a suspect of being a nuclear installation, thus the U.S. gives its Zionist ally a green light to go ahead to bomb it, example Iraq and Syria. More than one U.S. president was asked about the “Israeli” A bomb production, their answers were it is not the time to discuss the subject as long as there is no peace in the “Middle East”: so as long as Zionists monopolize the ownership of A bombs why should they have peace?!

3rd. “The trial of Iran to strengthen terrorist organizations such as Hezbollah or Hamas.” These and other Arab resistance organizations should not as per the Zionist entity be created or exist, because they deny the Zionist enemy the free hand to invade, occupy, destroy, ethnic cleanse etc Arab lands.

*From Wikipedia, the free encyclopedia
Shimon Peres
) (Hebrew: שמעון פרס‎, born Szymon Perski; 2 August 1923) is the ninth and current President of the State of Israel. Peres served twice as the eighth Prime Minister of Israel and once as Interim Prime Minister, and has been a member of 12 cabinets in a political career spanning over 66 years.[1] Peres was elected to the Knesset in November 1959 and, except for a three-month-long hiatus in early 2006, served continuously until 2007, when he became President.

He held several diplomatic and military positions during and directly after Israel's War of Independence. His first high-level government position was as Deputy Director-General of Defense in 1952, and Director-General in 1953 through 1959.[2] During his career, he has represented five political parties in the Knesset: Mapai, Rafi, the Alignment, Labor and Kadima, and has led Alignment and Labour. Peres won the 1994 Nobel Peace Prize together with Yitzhak Rabin and Yasser Arafat for the peace talks that he participated in as Israeli Foreign Minister, producing the Oslo Accords.[2] Peres was nominated in early 2007 by Kadima to run in that year's presidential election, and was elected by the Knesset for the presidency on 13 June 2007 and sworn into office on 15 July 2007 for a seven-year term.[3][4] He is the first former Prime Minister to be elected President of Israel. Peres is one of the main visionaries for an integrated Middle East.[5] 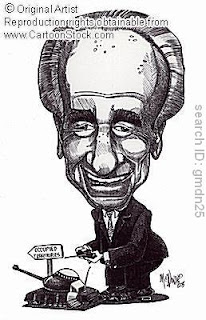