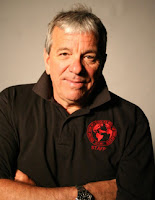 I smell something, Don’t you? I am not imagining, really there is a smell here… burning, something is burning, I don’t mean the fire that broke out last week, this is another fire. It seems to me the smell of another fire that we don’t see, it even didn’t start burning yet, The smell of a fire that didn’t break out yet. The smell of an unforeseen yet, speaking about, as it seems about two-three thousand, at most four thousand points of late fire.

This is a specially nasty smelling fire, how in hell you don’t smell? It is not the smell of burning chemical or plastic products. May be paper. Yes may be paper on which books are printed, it is, basically publishing books, and some flesh, that is grilled, as I believe, with these books, certainly that it is a great mighty torch, because I smell that they are burning culture in general there (on a light fire, as it happened). Not only the culture we consume (The stage, cinema… music) but in general – the basic social culture, yes, it is not only the smell of a burning land, but the smell of a mode of a burning life.
Jonathan Levin  Yedioth Ahronoth

I smell the third Intifadah, may be the fourth, that started burning from now. A strong smell of fear, from exploding busses, from a living fire and dead Arab citizens, the smell of the burning of a sound administration  under the control of the giants of money. Another time the smell of paper. Ah… it is that paper on which the results of investigations committees were printed on, a lot of paper , many committees. And more paper. Money. No, not that with which potatoes are wrapped with, but real money, taxes that are burned on something that I cannot succeed in recognizing. Ah, clear: It is the law of adjustments and the law of religious students, and all the laws that pretend to be clever.

I smell a great protest coming from the descendents of Ethiopia, but it shall take place only after 15 years, maybe it is sitting down resting to get some warmth in front of the torch of triviality. I smell the chocking vapors of ignorance, stupidity, foolishness and shallowness and decay that comes from the bragging Israeli army, the deals in the party, bribery in the forthcoming elections, the coalition agreement that shall burn us all in the future, the smell of the burning rubber tires of the ministers in the coming puffed up government and the smell of the burning tires of the deposed demonstrators.

I smell the poor students’ smoke of cheap cigarettes who are obliged to pay taxes so that the unemployed and the exploiters of the state shall not be able to take a move, God forbids, that they can take part in smelling the mobs who come to the Knesset demanding rolling heads). But this will take time, when there shall be nothing for us to eat) I smell revolution, civil war, military rule, the tyrant, Gilad Shalit’s hope is evaporating. (What about that of nine, ten or eleven thousand Palestinian Arab men, women and infants who had been rotting some for thirty long years in the occupation prisons in occupied Palestine… is he, Gilad Shalit worth more than all of them and more???!!!)

I smell everything. The old selective bureaucracy, the deserted rehabilitation establishments because of the hypomania of freezing and its removal. I smell hundreds of thousands deserting the country, to bequeath it to its poor, I smell all of that. It is our luck that there are supertankers
مرسلة بواسطة Adib S. Kawarأديب قعوار في 7:39 م