Arab Revolts resistance are the answer
“He said recent events suggest that while (the revolts spreading across the Middle East) are not the immediate  end of the State of Israel, he believes they are harbingers and signal the ‘beginning of the end of the State of Israel as we have known it. And that will be good for America and humanity.”
He quoted Dov Lior, the rabbi of Kiryat Araba, an illegal settlement near Al-Khalil (Hebron), who according to media reports told a conference organized to discuss how to get non-Jews in mandatory Palestine to leave the country for the sake of Jewish immigrants who had no roots in Palestine 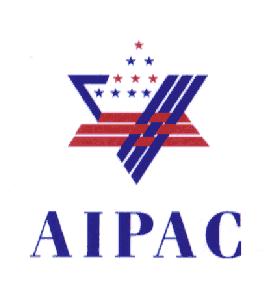 Panic in the Houses of Congress and AIPAC?
Franklin LambBeirut
On April 13, 2011, more than a dozen Israel “First, last and always” US congressional leaders from both houses of Congress held an urgent conference call organized by the American Israel Public Affairs Committee (AIPAC).
Their purpose was to discuss how best to promote Israel during next month’s US visit by Israel’s Prime Minister Netanyahu and more importantly how to confront the rapidly changing Middle East political landscape. One consensus was that no one saw it coming and that is was dangerous for Israel.
Among those participating were former Jewish Chairman of powerful committees including Reps. Barney Frank (D-Mass.), who headed the Banking Committee; Henry Waxman (D-Calif.), ex-chairman of the Commerce and Energy committee; Howard Berman (D-Calif.), ex-chairman of the Foreign Affairs Committee; and Nita Lowey (D-N.Y.), ex-chairwoman of the foreign operations subcommittee of the Appropriations Committee as well as Eric Cantor, House Majority leader, the highest rankling Jewish member of Congress in history.

What AIPAC operatives reportedly told the conferees was that Netanyahu is once again furious with President Barack Obama and outraged by what he sees as a vacillating US Government attitude towards Israeli needs. They were told that the Israeli PM sees real political danger for Israel in the shifting US public opinion in favor of the young sophisticated attractive Arab and Muslims increasingly seen on satellite channels from the region who remind the American public of their own ideals.
Netanyahu, the conferees were told, wants Congress to flex its muscle with the White House and deliver a strong message to President Obama that his political future is tied to Israel’s. Hence, the current “America needs Israel more than ever stupid!” campaign is wafting from the Israel lobby across the talk radio airwaves. 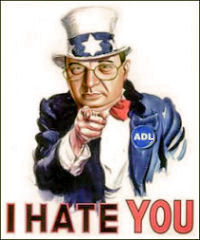 In addition, as more Israeli officials are indicted for various domestic crimes, and some harbor fears of arrest for international ones, 68% of the American Jewish community, according to one by poll commissioned last month by Forward, believe the US Israel lobby is increasingly fossilized with the likes of ADL (Anti-Defamation League) director Abe Foxman’s vindictive infighting among several of the largest Jewish lobby organizations which continue to lose  memberships, especially among the young.

Congressman Eric Cantor lamented that “Israel is badly losing the US College campuses”, despite heavy financial investments the past few years to curb American students growing support for Gaza, Hamas, Hezbollah and Iran, all dreaded symbols of the growing opposition to the 19th Century Zionist colonial enterprise. “Support for Palestine is skyrocketing,” he claimed. “Until Palestine is freed from Zionist occupation no Arab or Muslim is truly free of Western hegemony,” according to one assistant editor of Harvard University’s student newspaper, the Crimson.

Admitting that the Mossad did not foresee even the Tunisian or Egyptian uprisings some AIPAC staffers, of whom there are more than 100, admit to not knowing how to react to the topics they were presented with for discussion, some of which included:

• The Egyptian public emphatic insistence that the 1978 Camp David Accords be scrapped and that the Rafah crossing be opened. The latter has just been announced and the former is expected to be achieved before the end of the year.

• The change of regimes and the dramatic rise in publicly expressed anti-Israel sentiment and insistence that Israel close its embassy and Egypt withdraw its recognition of the Zionist state.

• The apparent rapprochement between Fatah and Hamas which has been increasingly demanded by the Palestinians under occupation and in the Diaspora.

• The fact that the new regime in Cairo is seeking to upgrade its ties with Gaza's Hamas rulers as well as Iran.

• With respect to possible PA-Hamas rapprochement, U.S. National Security Council spokesman Tommy Vietor is trying to reassure Israel before Netanyahu’s visit by announcing this week that "The United States supports Palestinian reconciliation on terms which promote the cause of peace, but to play a constructive role in achieving peace, any Palestinian government must renounce violence, abide by past agreements, and recognize Israel's right to exist."

AIPAC, frequently knocks heads with the Israeli embassy in Washington for control of visiting Israeli PM’s and important governments schedules will control what Netanyahu says and does.  AIPAC Executive Director Howard Kohr recently told a group of visiting Jewish student activists from California that “sometimes there is confusion in this town over just where the Israeli Embassy is located, but let me assure you it’s no more than 300 yards from the Capitol Dome on North Capitol Street, NW.”

AIPAC, not the Israeli Embassy will write the final draft of Netanyahu’s speeches including the themes he will emphasize. According to a Congressional source with AIPAC connections, Netanyahu’s visit will focus on the following:

• Bashing Iran to please the White House. However, this mantra will have to compete with   the democratic revolutions that are sweeping the Arab world and which are terrifying not just Netanyahu, but also AIPAC and their hirelings in congress.

• Warning against the dangers to “the peace process” of any PA-Hamas unity government.

• Warnings about the threats to Israel from Egypt and popular calls for scrapping of the 1978 Camp David Accords, ending the Egyptian subsidy and supply of 40% of Israel’s natural gas, closing the Israeli Embassy, the dangers of permanently opening the Rafah border crossing over concern of building up a "dangerous military machine" in northern Sinai, according to an Israeli official speaking on condition of anonymity to the Washington Post.

• The tried and tested bromide that “Israel has no peace partner to negotiate with,” will be used, but this too has lost its bite given that the Palestine Papers have shown that the PA has for five years habitually caved into Israel demands and are widely viewed as collaborators with Israel in preserving the status quo-- so what more could be expected from them? The truth is that Mahmoud Abbas and Salem Fayyad are Netanyahu, Liberman’s and Barak’s favorite “peace partners.”

• Netanyahu will hint at - and AIPAC will drill in - the idea that the Obama administration has been too hard on Israel.

While Netanyahu announced this week that "I will have the opportunity to air the main parts of Israel’s diplomatic and defense policies during my visit in the United States”, he informed sources that his main goal and timing of his visit is to undermine a rumored initiative that President Obama’s team has been working on.

Netanyahu, according to AIPAC, also plans to attack the UN’s plan to admit Palestine and its offices are preparing a media blitz in an attempt to undermine the U.N. recognition of Palestine by arguing that such a General Assembly action would not in reality mean Palestinian sovereignty over the West Bank and East Jerusalem because of the fact that Israel currently controls those territories. AIPAC is arguing that such United Nations recognition of Palestine would only reiterate the principle, previously articulated by the U.N which denies the legitimacy of Israel's claim to territories acquired by force in the war of June 1967.

In reality, and as AIPAC well knows, UN recognition of Palestine would have a devastating effect on Israel’s legitimacy and would fuel an international campaign to force every colonist out of the West Bank. Given the feelings of virtually all people in the Middle East and North Africa toward Israel, this could dramatically undermine the apartheid state. AIPAC and Israel’s agents in Congress also ignore the fact that the U.N. is the only the international body that admitted Israel as a member state in May 1949, although the resolution noted a connection between Israel's recognition and the implementation of resolution 181 of November 1947, which called for partition of what had been British Mandate Palestine into separate Jewish and Arab states.

The reason that intense angst and even fear stalks the Houses of Congress and AIPAC is that Netanyahu will remind his hosts in the coming days that Israel has always called “home” is that some US officials are starting to express treasonous thoughts long kept to themselves.

One seemingly shocking statement was made to a visiting Oregon delegation during a recent visit to Congressional offices by a Member of Congress never known for being publicly critical of Israel. As reported via email: “He said recent events suggest that while (the revolts spreading across the Middle East) are not the immediate  end of the State of Israel, he believes they are harbingers and signal the ‘beginning of the end of the State of Israel as we have known it. And that will be good for America and humanity.”

"What seems to have particularly upset him was his own mentioning to the group of a recent report about a conference of Rabbis in Israel who are demanding the expulsion of non-Jews, especially Palestinians, from occupied Palestine in order to maintain the "ethnical and religious purity of the peoples of Israel."

He quoted Dov Lior, the rabbi of Kiryat Araba, an illegal settlement near Al-Khalil (Hebron), who according to media reports told a conference organized to discuss how to get non-Jews in mandatory Palestine to leave the country for the sake of Jewish immigrants who had no roots in Palestine: u"Today there is a lot of land in Saudi Arabia and in Libya, too. There is a lot of land in other places. Send them there." As scholar Khalid Amayreh reminds us, it was Lior, who in 1994 praised arch-terrorist Baruch Goldstein for massacring 29 Arab worshipers at the Ibrahimi Mosque in downtown Hebron, said peace in the Holy Land was out of question because the Arabs wouldn't allow Jews to usurp the land.

Meanwhile, a large coalition of pro peace and pro-Palestinian organizations, under the umbrella of http://www.moveoverAIPAC.org/ is preparing a new and different American reception for the Israeli Prime Minister. 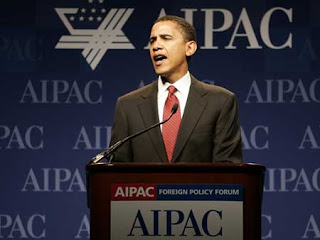