Israel's Mossad and the CIA are behind the attack in Alexandria"

Israel's Mossad and the CIA are behind the attack in Alexandria" 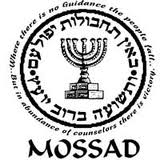 Osama Hasan Mustafa Nasr, also known as Abu Omar, told AKI....
"After the (31 October) attack against the church in Baghdad, it is Egypt's turn,"
Nasr said, referring to the terrorist assault on a Catholic church in which 58 people including two priests died and a further 80 were injured. The Egyptian government earlier boosted security outside churches after the Islamic State of Iraq issued a threat in late October against Copts, who form 10 percent of Egypt's population.

"US and Israeli secret services have spent millions of dollars sowing deep divisions between Muslims and Christians in Egypt to destabilise the country...That is why I and others think that the US and Israel are behind the attack in Alexandria...No Muslim can condone such an act...It has nothing to do with the Egyptian people and Muslims."

In a landmark ruling in 2009, an Italian court jailed 23 CIA agents in absentia and two Italian agents over Nasr's abduction in broad daylight from a Milan street in February 2003.
mma.msg.com/article/0daL2XiauV5EX

...The tactic being used to split the Muslim and Christian communities of Egypt is the oldest trick in the [ANGLO-American GZ] Zionist entity’s book: divide and conquer. It is widely known by the people of the Arab and Muslim world, especially Iraqis, that the only terrorism that exists in the Middle East (especially occupied Iraq), is the terrorism that is carried out by Israeli, American and British intelligence operatives...

The Alexandria Church Bombing: Mossad [IN CONCERT WITH THE CIA. GZ], Who Else?

Israeli intelligence is the world leader in terrorism.

Jonathan Azaziah
Minutes into the new year, an explosion rocked al-Qiddissin Coptic Church in Alexandria, Egypt. 25 innocent people dead (1).  At least 97 innocents wounded (2). A 17-year old eyewitness ominously stated, ‘The last thing I heard was a powerful explosion and then my ears went deaf. All I could see were body parts scattered all over (3).’

All initial reports stated that a car bomb was the weapon used to carry out the New Years Day bloodshed (4). The US-backed Zionist dictatorship that runs Egypt typically went against the facts on the ground however, with the Ministry of Interior blaming the assault on a suicide bomber, and without a drop of concrete evidence, stating that the attack was carried out by none other than Al-Qaeda (5), which doesn’t exist (6), and whose leader, CIA agent Timothy Osman a.k.a. Osama Bin Laden, is long dead (7).
From AP, to Yahoo, to the New York Times, the liars that run the Zionist media immediately went into overdrive, vociferously promoting virulent garbage about ‘sectarian tensions’ between Muslims and Christians in Egypt being inflamed after the bombing (8). Of course there is no evidence of such ‘sectarian tension,’ but the mouthpieces of Israel, from the television to print, have no interest in telling the truth and they never have.

Not promoted by the Zionist media is the longstanding unity between Egypt’s Muslims and Coptic Minority (9), nor has it been promoted that Islamic and Christian leaders have stood side by side in the aftermath of the bombing, which wounded innocents from both faiths (10). The enmity between the two religious groups is nothing more than carefully concocted Zionist fiction.

There is only one entity in the entire region that benefits from religious division in any Middle Eastern nation: Israel. One of the key strabe said thattegic goals of the Zionist entity in Egypt is to trigger a communal war between Muslims and Christians (11). The Lebanese Resistance movement, Hezbollah, condemned the bombing,  declaring it ‘serves the Zionist scheme... aimed at fragmenting our Arab and Islamic countries (12).’ All evidence, physical and circumstantial, points directly to Mossad being the culprit behind the al-Qiddissin church bombing (13).

In recent years, Zionist intelligence activity in Egypt has increased greatly. Tel Aviv was the hand behind the cut of Egypt’s maintain internet cable in January of 2008, severing Egypt from the international online network. Mossad was conducting surveillance on the phone calls of the highest tier of the Egyptian government. The Israeli agency employed a spy to infiltrate Islamic opposition groups in Egypt. All of this was discovered just days before the Alexandria church massacre, when a Mossad spy ring was busted, unveiling a plot of subversion that would target Egyptian telecom companies. This ring was connected to other Israeli espionage groups in Lebanon and Syria (14).

Egypt’s former Foreign Minister, Abdallah al-Ashal, and the Egyptian Bar Association have gone on record to state that the massacre at al-Qiddissin Church was the work of Mossad, reacting murderously to its spy network being unfurled (15).

In November, a warning was issued to the world that Coptic churches in Egypt would be attacked. The warning was issued by ‘Al-Qaeda-linked’ Islamic State of Iraq, who according to the Zionist media, carried out the horrific assault on Sayedat al-Najat Cathedral in the Karada district of Baghdad at the end of October (16).

This atrocious theory has been thoroughly debunked however. What took place at Sayedat al-Najat was a Mossad false flag operation, aimed at provoking tension between occupied Iraq’s Muslim and Christian communities, conducted with all of the usual tools: fake passports produced in Tel Aviv, Israeli-produced IEDs and the quintessential car bomb (17). The appalling murder of at least 58 Iraqi Christians was also used to cover up the condemnation of the Zionist entity’s occupation of Palestine by several prominent Christian leaders (18). The warning wasn’t issued by non-existent Islamic State of Iraq therefore, but Mossad.
The car bomb is the signature of the Israeli [AND CIA] agency. It is the weapon that has been used to conduct sabotage, assassinations and false flag terrorism across occupied Iraq, Syria, Yemen, Lebanon and India (19). The Muslim Brotherhood, which was blatantly robbed by Zionist dictator Hosni Mubarak’s regime in the recent Egyptian elections (20), called for Egyptian churches to be protected after the fake Al-Qaeda group made its incendiary comments (21). But this call was not heeded. Only an hour prior to Mossad’s car bombing, Egyptian security forces inexplicably withdrew from their positions, leaving four policemen to guard the massive church with nearly 2,000 people attending midnight mass. The car bomb was detonated at the post that was left by Egyptian security forces (22)...

The tactic being used to split the Muslim and Christian communities of Egypt is the oldest trick in the Zionist entity’s book: divide and conquer. It is widely known by the people of the Arab and Muslim world, especially Iraqis, that the only terrorism that exists in the Middle East (especially occupied Iraq), is the terrorism that is carried out by Israeli, American and British intelligence operatives (26). Divide and conquer has been used prominently in the Zionist-ravaged nation of Iraq, including a wall being built by an Israeli company to separate Sunni and Shia communities (27), and the nation of Lebanon, that was devastated by a savage civil war in the 1970s and 1980s contrived and manipulated by the Zionist entity (28) and the United States, with Zionist war criminal Henry Kissinger leading the way (29).

Muslims and Christians must stand together and reject these abhorrent divisions. People of conscience from all ethnicities, backgrounds and faiths must stand in solidarity with them. The victims of Mossad’s massacre at al-Qiddissin Church in Alexandria will not be forgotten. The fallen will be honored with sincere Resistance to all oppressive powers; be it the puppet Mubarak or the usurping regime of Israel itself. Unified Resistance is what petrifies the occupiers more than anything else on earth. Make them tremble; unity is an armor that cannot be pierced by their bullets or rattled by their bombs.

The fact that President Husny Mubarak has declared that
it were the Iraqi Al Qua'eeda who did the church-bombing
in Alexandria , is for me the total proof that it was not !!

If the Iraqi Al Qua'eeda did ever exist,
why to come 2.450 km. to Alexandria
to find innocent Christians ??? to bomb.

And secondly , the Arab-Egyptian-Christians
are not even accused of anything.........
nor are they suspected of anything,
(that would  bother Al Qua'eeda)

On the contrary , the Coptic Pope has
never accepted that peace-of-Israel-and-Egypt ( 1978)
and he has recommended to the Egyptian-Christians
not to visit Jerusalem as long as it is occupied !!
While,  Anwar el Sadat was a Muslim,
who signed that "Peace",

You do not teach to any Arab-Christian,
what is Israel......nor who is Israel !!
(even the idiot-fascists of the Lebanon
do know it , by now !!)

In one word :
The Bombing of the Alexandria's-Church
served only to try to divide the Egyptian Society .